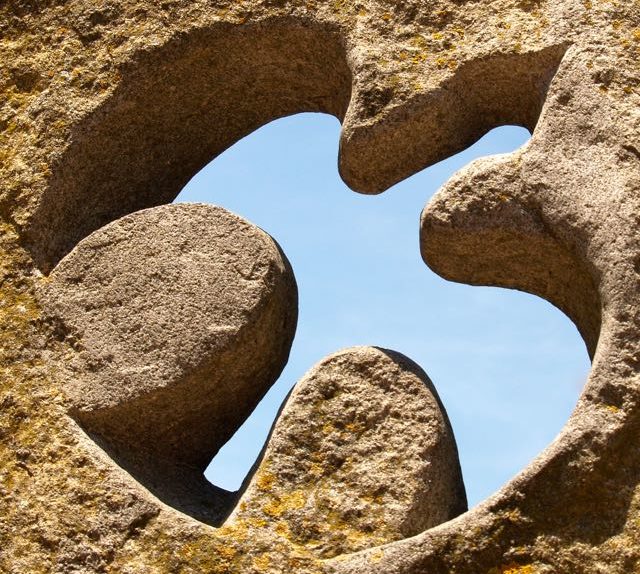 Though some observers argue that we live in a “secular age,” religion remains central in many Americans’ lives. More than half of us describe ourselves as “religious” and worship regularly in churches, temples, and mosques, mostly churches.[1] The number was even larger in previous generations, and, in truth, far more grew up “religious” than not. For most of us, religion was a positive influence in childhood: a set of beliefs, a way of seeing the world, and a pattern of ritual that offered meaning, comfort, and community. But for some, religion proved a source of trauma.

The horrendous clerical abuse we’ve read about in recent years may be the best-known example of religious trauma affecting children, but there are many more with profound impacts on survivors’ lives. I’d like to discuss three general categories of childhood religious trauma that I have observed—categories that overlap but that nonetheless have distinctive etiologies and characteristics. In each of them, religion plays a different role and has a different level of accountability, which will affect survivors’ relationship with it going forward.

The first category is religious shock, which results when trauma violates deeply-held religious beliefs. For example, if children believe that God consistently rewards the good and punishes the evil, then having suffered “undeserved” trauma can create the secondary trauma of shattering core beliefs. Just when they most need the consolations of their faith, some survivors face a painful choice: either God doesn’t reward the good and punish the evil or he does—and they’re in the second category. Religious shock can diminish with support and new information that enables survivors to retain and restructure their beliefs. A good explanation of why bad things happen to good people helps faith evolve to accommodate “undeserved” suffering—and perhaps even find meaning in it. With this category, survivors rarely need to hold the church accountable.[2]

In the second category, religion and trauma reinforce one another. The trauma may or may not originate in the church, but the institution and its teachings amplify it. With this kind of religious trauma, children don’t question whether God’s reward system is just or worry that they might deserve their suffering. They know they deserve it. They’re rarely angry at God, as some are with religious shock. Instead, they’re terrified of God and ashamed of themselves for deserving his wrath. Abusers don’t have to work hard to convince children that physical, emotional, and sexual abuse are aligned with God’s justice and endorsed—or even encouraged—by the church. And the tendency of many churches to protect themselves, rather than children, supports the deception. Moreover, abusers often twist religious ideals such as obedience and humility so that children submit to abuse, keep it secret, and take full moral responsibility for it. In such cases, especially when religion has been intertwined with abuse for a long time, survivors often find it difficult to retain and restructure their beliefs, even with a lot of help and support.

In the third category, religion is the trauma. Some faiths raise children to believe that human beings are depraved creatures beset by constant danger in this world and the next. They school the young in terror, sometimes with the help of lurid pictures: of hell, of demons trying to ensnare them, of martyrdom, and of imminent apocalypse. Childhood experts sometimes condemn violent fairy tales, but I rarely see criticism of violent Sunday School lessons. A grandmother-eating wolf seems tame next to screaming, writhing bodies in a lake of fire, whether described or illustrated in children’s bibles. In extreme cases, the violence leaps off the page, and children are punished to break their will so that they will do the will of God. Depending on their sensitivity and their exposure to other beliefs, children raised in such religions may become anxious, phobic, depressed, or barely able to function outside their faith communities.[3]

Religion may also cause trauma by condemning particular behaviors, persons, or classes of people. Some churches ostracize rule-breakers, as the Jehovah’s Witnesses do to 80,000 members a year, including children, who receive only physical care and moral instruction from parents as long as they remain “disfellowshipped.”[4] Many more churches condemn homosexuality and gender nonconformity, traumatizing LGBTQ+ teenagers by forcing upon them an agonizing choice between an inauthentic saved self and an authentic damned one. Even if they’re never disciplined for their sexual or gender orientation—and many are—simply being the implied object of censure unleashes self-loathing and shame. With this kind of religious abuse, retaining and restructuring belief is also very difficult, a fact that is confirmed by the large number of LGBTQ+ adults with no religious affiliation.[5]

Survivors of religious trauma in childhood have some very tough choices to make. All of them must, in some way, restructure their belief system. Some will remain in their churches and figure out a way to reconcile their faith and their traumatic experience, strategies for which can be breathtakingly creative. The great medieval historian John Boswell, for example, a gay man and devout Catholic, wrote a prizewinning book demonstrating that the church became homophobic only after a thousand years of accepting, and even celebrating, love between men. A lesbian friend of mine, committed to reforming the religion that injured her, has climbed to great heights in the Mormon church, and, when I once asked her how, she smiled, “Very carefully.” Thomas McGarvey, a survivor of clerical abuse who was recently profiled in The New York Times,[6] took the path of anger and estrangement followed by forgiveness, a common progression for survivors of religious trauma who return to their churches. These three, very different, paths all have one thing in common: they helped the survivors to hold the authors of their trauma accountable, a crucial step in healing.[7]

Other survivors abandon their churches, sometimes moving to a different denomination or religion, sometimes renouncing religious faith entirely. Those who leave but remain close to home face some of the same challenges faced by those who stay. They will encounter triggers, and they will have to restructure their beliefs to accommodate their traumatic experience. Like those who stay, they may feel considerable pressure to offer forgiveness prematurely, before their abusers have truly been held accountable. But, if they’re lucky, they’ll also find meaning, comfort, and community, which will help them develop resilience.

Those who renounce faith entirely may experience a fourth kind of religious trauma: a crippling of their ability to perceive, understand, and function in the world. Psychologist Marlene Winell, who coined the term “Religious Trauma Syndrome,” explains that, for some believers, the process of “deconversion,” while liberating, is also shattering.[8] Though much depends on the nature of the church they’re leaving behind—the more conservative, rigid, and isolated, the more challenging—those leaving face some predictable difficulties.

The first is disorientation. Accustomed to relying on beliefs that explain everything, newly secular survivors may lack foundational assumptions about who they are, how the universe works, and what they ought to do. For some, it’s like parachuting into a foreign city without a map or knowledge of the local language. Making their task more challenging, in some cases, are developmental deficits. Taught all their lives to believe, rather than think, they may lack both critical reasoning skills and trust in their own perceptions. While such deficits tend not to be permanent, they do contribute to initial confusion and even panic.

The second challenge is grief over the loss of love and/or protection. Many Christians, especially evangelicals, believe they have an intimate relationship with Jesus Christ. This relationship is not the same thing as believing that, through his sacrifice, Christ has saved humanity. It’s personal. They believe they’re in constant contact with an omnipotent being who knows their every thought, orchestrates their every experience, and loves them absolutely, despite their depravity. Even after belief in this omnipotent being disappears, survivors may mourn the feelings of love, awe, and safety that it inspired.

Also challenging may be the loss of human affection. Even where leaving a religion does not mean excommunication or disfellowshipment, relationships with still-believing friends and family members will change. Departing survivors may also mourn the sense of belonging they automatically enjoyed as members of a faith community. Moreover, if the church was their entire social life, they may lack some of the skills needed to develop new friendships.

The third major challenge is anger. While survivors who leave a religion are not necessarily angrier than those who stay, they are more likely to get stuck in anger. In general, those who stay tend to believe that they were betrayed by particular people, groups, or policies, while those who leave feel betrayed by their whole church—or by religion itself. Some condemn their faith as a “world of lies” and feel they were “robbed of a normal childhood,” according to Dr. Winell. They resent specific teachings, such as the intrinsic worthlessness of human beings, as well as habits such as radical self-doubt and blind obedience to authority. In short, they feel intellectually and emotionally handicapped as the result of deliberate mis-education by adults they trusted. To move forward, they must either hold those adults accountable, even if their intentions were loving, or hold the whole church accountable.

Fortunately, for most who leave a religion after trauma, such difficulties are surmountable—and far outweighed by benefits. These survivors have new freedoms to explore, new capacities to develop, and new discoveries about themselves to make. And there is more help available than ever before, as researchers and the media begin to devote serious attention to religious trauma and as clinicians develop innovative ways to treat it. Best of all are the many online communities of survivors sharing their stories, supporting one another, and fighting for change.

[2] Here, accountability belongs with the source of the trauma, not with caregivers who inculcated a too-simple view of good and evil. Children’s religious education should instill confidence and optimism.

[3] There’s an excellent discussion of evangelical fear-mongering on the blog of former minster Bruce Gerencser. See “Scaring Children and Teenagers into Getting Saved,” and be sure to read the comments that follow.

[4] See “Disfellowshipping and Shunning” on JWfacts.com.

[5] The most recent survey (2013), again by the Pew Research Center, found that LGBTQ+ people were 2.5 times as likely as the general population to be religiously unaffiliated. See “A Survey of LGBT Americans.”

[6] See “Why They Stay. Why They Can’t: New York Catholics Wrestle With Their Faith Over Abuse Allegations.”

[7] For a more thorough explanation of why accountability is so important in healing from religious trauma, see my essay, “Faith in the Aftermath of Clerical Abuse.”

[8] Though Dr. Winell is best-known for her 2013 book Leaving the Fold: A Guide for Former Fundamentalists and Others Leaving Their Religions, I’m drawing more on the essay “The Challenge of Leaving Religion and Becoming Secular,” written three years later.

6 Replies to “Religious Trauma in Childhood”