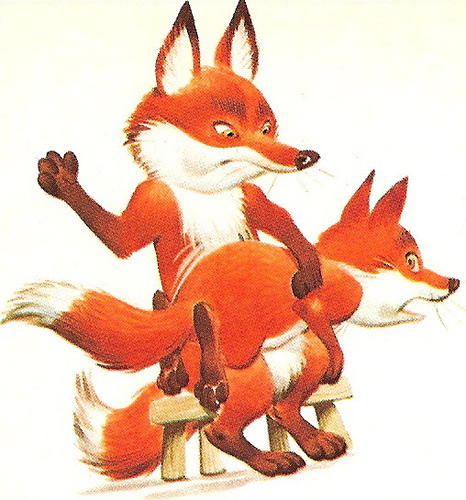 Unless you’ve been living in a cave for the last few years, you know that the United States is a deeply divided country. Our views on guns, immigration, climate, gender, and many other issues have become polarized, our public discourse marked by passionate intensity but little real discussion. In matters of policy, science takes a back seat to personal conviction, often based on little more than habit or wishful thinking. Where research should guide what we do in our homes and communities, we prefer to trust our instincts, not understanding how compromised those instincts can be.

A recent controversy about beating children (yes, another one) illustrates the problem. Among experts, no doubt remains that corporal punishment harms the young. Over the past two decades, research has linked it with lasting changes in the physical brain and long-term effects such as aggression, defiance, anxiety, depression, substance abuse, delinquency, and suicidal behavior. Research has also demonstrated that it doesn’t work. This research is so conclusive that, last month, the American Academy of Pediatrics formally recommended that parents not strike their children at all, ever. It’s so conclusive that 54 nations have forbidden the corporal punishment of children.

The United States is not one of those nations, nor does it appear likely to be. According to a recent poll, only 18 percent of Americans support a legal ban on striking children, with 58 percent expressly opposed to such a ban and 24 percent undecided. Opponents consider corporal punishment a parental right, and court decisions have ratified their position. As for children’s rights, these have always been secondary in the United States. Until and unless punishment becomes severe enough to qualify as legal abuse, children have the status of property and may be assaulted with impunity by their guardians.

Which is odd when you think about it. A class of human beings that should enjoy special protection because of their vulnerability are denied even normal protection. If my neighbor Bob won’t stop putting his excess garbage into my clean recycling bin, despite my many pleas and his many promises, I can’t march next door, pull down his trousers, and smack his backside. I’d be charged with assault. It doesn’t matter that reasonable discussion has failed or that Bob’s behavior is anti-social or that I’m justifiably angry. Spanking  Bob is simply off the table. How much farther off the table it should be if I were two or three times Bob’s size and the center of his world!

So why, given the professional consensus that spanking is bad, do Americans continue to support it? For answers, we can look at the furor over football player Adrian Peterson’s recent admission that he still hits his son with a belt. Peterson, for those who don’t follow football, was charged with felony child abuse in 2014 for beating his son with a switch severely enough to leave cuts and bruises on the four-year-old. After a plea deal and suspension from the NFL, the superstar running back was reinstated with provisions aimed at improving his parenting skills. Last month, however, Peterson told an interviewer that he continues to discipline his son, now eight, with a belt.

Responses to the admission were vehement. The earliest comments expressed horror at Peterson’s continued violence and opposition to hitting children generally. Many also expressed sympathy for the player’s son and concern that the cycle of violence would continue. But these comments, even the most reasonable, were downvoted in huge numbers, and comments began appearing that expressed a much different view.

One group argued that those criticizing Peterson should mind their own business because parents have a right to discipline their children however they see fit. Another invoked the old saying “spare the rod and spoil the child,” mistakenly believing that the words came from the Bible. A large group claimed that their own experience proved that striking children was beneficial, teaching respect, good manners, and, above all, toughness. Several thanked their parents for hitting them with implements, one claiming he had never met anyone who “got the belt as a kid” and wasn’t grateful for it as an adult.

This line of argument soon expanded into social commentary:

I was hit as a kid by my single Mom. First yardsticks then broom handles when I got older. I turned out pretty good and I love my Mom and wouldn’t change a thing. Not being beat is what is wrong with some of these kids today.

This theme was taken up by others, and soon everybody who condemned the violence or expressed sympathy for beaten children was called a “snowflake.” What began as a debate about a specific problem, the corporal punishment of children, became just another skirmish in the culture wars.

Through this long debate, those in favor of corporal punishment never brought up their most legitimate argument: that hitting a child may occasionally be necessary to prevent greater danger. For example, a toddler who keeps trying to dart into a busy street or poke a fork into an electrical outlet and who ignores verbal warnings may require a swat on the (clothed) backside. I faced such a situation with my son, when he was three and would not hold my hand while crossing the street. Because I had never hit him before, my swat so startled him that he never forgot the lesson and offered me his hand at street corners well beyond the age when safety required it. In fact, he sometimes laughs and offers it now.

This example encapsulates the value of rare, judicious spanking: it gets a child’s attention quickly, which can be life-saving when there isn’t time for discussion. It can teach a simple lesson, such as “don’t run into the street.” It does not, however, achieve what its defenders claim for it: build character or teach respect–fear, yes, but fear is not genuine respect. As for toughness, I do believe that hitting children teaches that. Beaten children learn by experience to endure pain, and they learn by example to dish it out. It’s no accident, I think, that the most aggressive comments–those that insulted other respondents, rather than grappling with their arguments–came from the pro-belt camp. As one witty observer quipped:

I got spanked with a belt as a kid and look at me now, a self righteous internet tough guy.

Ultimately, what children need to thrive in a challenging world is resilience, not toughness. The two may occasionally look the same, because they both help us to get up after a fall, but resilience is supple and judiciously open to experience, whereas toughness is hard and closed.

So what of this notion that “kids today” are “snowflakes” because they haven’t been spanked or struck with implements? First of all, most of them have been spanked. Since 1995, there has been a small decline in the percentage of parents who strike their children, from 80 percent in 1995 to 67 percent in 2013, according to The New York Times. But that’s still two-thirds of the population growing up with corporal punishment. Moreover, another survey by The Washington Post found that the pendulum is swinging back toward spanking with millennials leading the way at 74 percent in favor. So this notion of a generational punishment gap is simply ridiculous.

That said, if a sizeable minority of parents have been moved by research and their own reflections to “spare the rod,” and if their children now prefer compassion and justice to aggression, then I say great! Let’s have more of that!

So how do we get more? With so many of our citizens in favor of striking children, of justifying and perpetuating the brutality with which they were raised, how will our communities ever change? The answer: we need to change our laws. When solid information is not enough to transform public perception, when vulnerable people are being harmed to preserve an indefensible status quo, then change has to come from the top down. We should emulate the 54 nations that have outlawed the corporal punishment of children and trust that the benefits of such a ban will eventually convince the public of its wisdom.

Statistical evidence of those benefits is starting to accumulate. Five years ago, The Economist published a startling study by German criminologist Christian Pfeiffer. Studying Europe’s mysterious decrease in violent crime, Dr. Pfeiffer found a clear correlation between corporal punishment and violent crime rates, gun ownership, and prison populations. Where spanking was outlawed, all three declined. Where spanking persisted, they did not. A more recent study found that worldwide spanking bans reduced youth violence by 69 percent for males and 42 percent for females. And such declines are just benefits that can be quantified; there are many more that can’t be measured but will make themselves felt as we get used to a new idea: spare the rod, strengthen the child.

The public will howl, true. And US politicians can be extraordinarily sensitive to public outcry, when it doesn’t conflict with the interests of their donors. But we should insist that they demonstrate leadership once in a while, and corporal punishment is an issue on which they can and should do that. After all, if French legislators can keep trying despite overwhelming public support for spanking, then surely we can find a few senators and representatives willing to fight for our children and our communities.