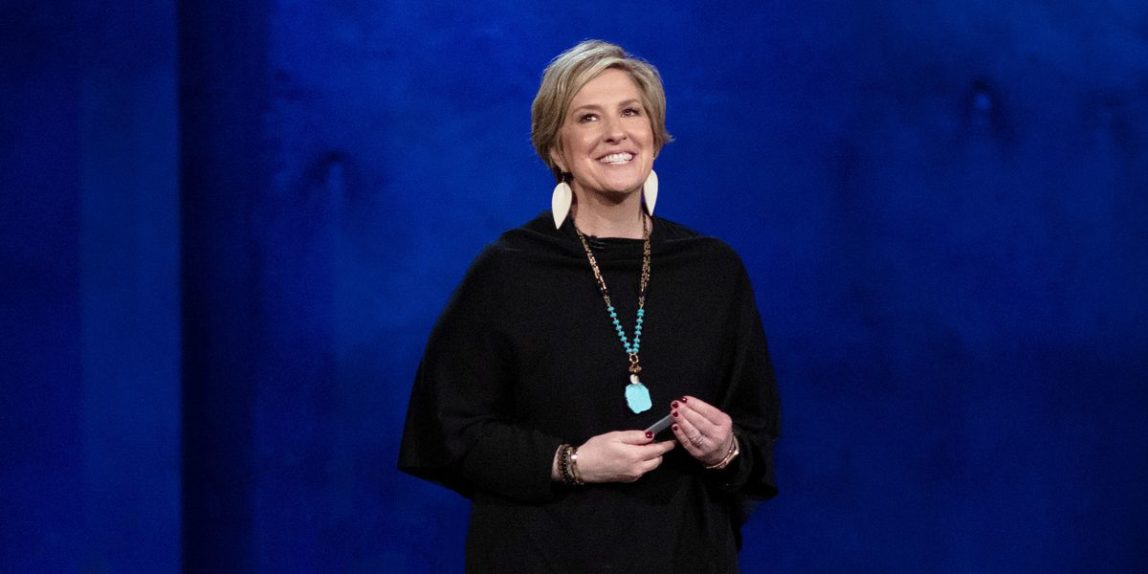 Best-selling author, TED-talker, Instagram star, and celebrity pal Brené Brown has a brand new special on Netflix. Titled The Call to Courage, it’s a 75-minute talk at UCLA’s Royce Hall, though the talk seems shorter because Brown is so engaging, a fine storyteller whose self-deprecating humor makes bitter pills easy to swallow. USA Today called the talk “a mix of a motivational speech and stand-up comedy special” to which I would add “performed by your wisest, funniest friend” to capture the warmth of Brown’s delivery. The subject of her talk is the importance of vulnerability to a life fully lived, and, if your stomach gave a little lurch when you read the word “vulnerability,” you might consider putting the special in your Netflix queue.

Though The Call to Courage addresses a general audience, the topic of vulnerability holds special importance for survivors of childhood trauma. In Brown’s 2015 book Rising Strong, she writes, “Of all the things trauma takes away from us, the worst is our willingness, or even our ability, to be vulnerable. There’s a reclaiming that has to happen.” The Call to Courage hints at what reclaiming involves without reference to the particular challenges faced by trauma survivors. So, in this post, I’ll discuss some of those challenges.

Just to be clear: this is not a review or a summary of The Call to Courage. It’s a gloss for people dealing with the legacy of childhood trauma.

The first thing to acknowledge is that, for many of us, avoiding emotional vulnerability was once a survival strategy. When we were least able to protect ourselves and most needful of another’s protection, we didn’t get it—or we got a warped version that served someone else’s needs, rather than ours. So we developed ways of protecting ourselves—different ways, depending upon our circumstances and our abilities. We were creative, resourceful, and brave, and we should remember that.

At the same time, some of the strategies that protected us in childhood now hurt us as adults. For example, children raised by volatile caregivers were smart to keep a low profile: speaking quietly, meeting their own (and others’) needs, staying out of the way. When drawing attention meant inviting abuse, we learned not to draw attention—and learned it so well that it became automatic. But, now that we’re adults, the “stay small” reflex that saw us through a tough childhood may prevent us from living fully. Because any bid for attention feels existentially threatening, we need more than courage to make ourselves vulnerable. We need to understand and deal with our histories.

Some survivors have a very different problem with vulnerability. Rather than avoiding it, they seek it compulsively, taking unnecessary emotional risks with untrustworthy people. Some make others completely responsible for what they think, how they feel, and who they are. Some lay themselves bare to strangers, whether in person or online. Brown briefly addresses this problem toward the end of her talk when she explains that disclosure and vulnerability are not the same thing. She makes a crucial point here, but she’s almost out of time and doesn’t dwell on it, so I want to triple-underline her words for survivors of childhood trauma: “Vulnerability minus boundaries is not vulnerability.” Vulnerability means judiciously showing people something about yourself, something valuable to you. something they could reject. It’s a risk, or it’s not vulnerability. If you’ve already exposed that and twenty times more to anyone who asks—or a bunch of strangers on Instagram—then there’s no risk and no reward. Again, survivors may need help gaining a visceral understanding of the difference between vulnerability and disclosure.

Brown made her name, first as a researcher and then as a popular speaker, by studying shame, and much of The Call to Courage is about that terrible feeling. It’s shame we risk in making ourselves vulnerable, so it’s worth considering what she means by shame. To explain, she tells the story of the TED Talk that launched her onto the public stage in 2010. When a video of the talk was posted to YouTube and began to go viral, she knew she shouldn’t read the public comments but did it anyway. No surprise: she faced an onslaught of criticism that went right for the jugular, her physical imperfections. What followed was a “shame storm,” with the emotion described as:

the feeling you would get if you walked out of a room that was filled with people who know you, and they start saying such hurtful things about you that you don’t know that you could ever walk back in and face them again in your life.

Brown is talking about shame as a social emotion here. And, in fact, a lot of her talk focuses on the kinds of shame that are widespread in our culture: the shaming of women for not being sexy superwomen and the shaming of men for not being stoic heroes. On her web site, Brown defines shame as “the intensely painful feeling or experience of believing that we are flawed and therefore unworthy of love and belonging – something we’ve experienced, done, or failed to do makes us unworthy of connection.” She sees no value in shame, and in fact, claims that “the fear of disconnection can make us dangerous.”

What survivors must understand is that our histories may compound the shame Brown describes. Many of us carry with us a persistent, buried shame resulting from the abuse or neglect we experienced in childhood. I call this toxic emotion “carried shame,” and I talk about it at length in my new book, Iron Legacy: Childhood Trauma and Adult Transformation. Carried shame magnifies the danger of the shame all human beings feel and fear, the shame Brown claims is epidemic in our culture. In order to embrace vulnerability, we must understand the sources of our carried shame and discharge as much of it as possible. With work and with support, we can enjoy the fruits of vulnerability: love, belonging, and joy.

The persona Brown adopts is a likeable Everywoman: a mom, a wife, a working woman who shops at the same stores, feels the same pressures, and has the same fears that we do. She earns our trust—and her authority as someone who practices what she preaches—by telling tales on herself: how she got something important wrong, how she discovered her mistake, how the discovery changed her life. Anyone who has spent time in a an evangelical church knows this kind of storytelling: it’s a classic conversion narrative, which has been adapted to more secular purposes by twelve-step programs, self-help books, and Oprah Winfrey. It’s a compelling kind of storytelling with deep roots in American culture.

Life, as it’s actually lived, is messier. The conversion narrative is an order imposed on experience after the fact, not something inherent in the experience or visible as it’s happening. I don’t doubt that Brown has enjoyed many “aha!” moments, but her stories are so well-crafted and pedagogically dense that, as a storyteller myself, I recognize her shaping hand. There are at least two things survivors should take away from this recognition. First, we may feel both inspired and diminished by her stories. Yes, she’s just like us in all the ways I mentioned, but she seems to see her life clearly, whereas we often feel we’re stumbling around in the dark. Depending on our trauma histories, we may be tempted to compare our messy, ordinary lives with her carefully crafted public performance—a performance meant to help us, yes, but a performance nonetheless. But, just as we must not compare our actual lives to the carefully curated images on social media, we must not compare our clumsy processing of messy experience to parables crafted by a skilled storyteller.

That said, we absolutely can do what she does: shape our own experience after the fact to create meaning and nudge ourselves in new directions. I’m a great believer in the transformative power of storytelling—transformative for the hearer and even more so for the storyteller. Because storytelling is so therapeutic for survivors of childhood trauma, I organized Iron Legacy around it, demonstrating how it worked for me and how it can work for other survivors. And I consider Brené Brown an exceptional model, well worth studying, not just for what she says, but for the way she says it.