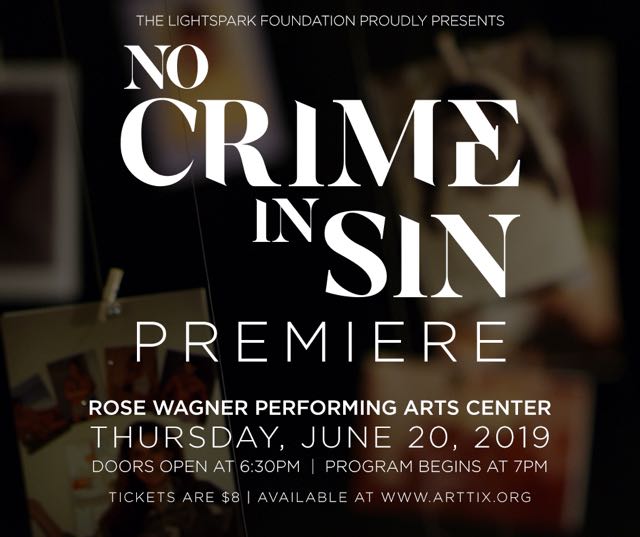 An important film is soon to premiere in Salt Lake City. Titled No Crime in Sin, it tells the story of Kristy Johnson and her sisters, abused from an early age by their father, who was protected by the Mormon Church. I wrote about Kristy last summer, about her courage in confronting her abuser and holding him legally accountable. I was honored when she responded to my essay, and the honor was renewed when she invited me to participate in a panel discussion following the very first public screening of the film.

The film was produced by the Emmy®-winning team behind last year’s Quiet Heroes, an inspirational profile of the only medical team willing to treat Salt Lake City’s AIDS patients in the devastating early years of the epidemic. It’s a wonderful documentary, and I’m not the only one who thinks so, as it scores a whopping 80 percent on the all-knowing Tomatometer. I have every confidence that No Crime in Sin will be every bit as powerful, perhaps even more so.

The screening begins at 7:00p.m. on Thursday, June 20, 2019 at the Rose Wagner Performing Arts Center in Salt Lake City. Afterward, Kristy will deliver some remarks that I expect to be as clear-eyed and inspiring as her other public statements have been. Following that will be my panel, titled “Advocate for Change: Report, Enforce, Empower.” I have no doubt the discussion will be fresh and illuminating; I certainly expect to learn a great deal from it myself.

To find out more about No Crime in Sin and to view the trailer, please visit the film’s web site. If you’d rather watch the trailer on YouTube, you’ll find it here. Tickets are $8 and may be purchased right now. I’m very excited about the premiere, about the film it celebrates, and about the large changes taking place in our communities as people such as Kristy and her sisters break the silence that has protected abusers for so many years. Please help me spread the word about this important event.